A Visit to Kennin-ji temple in Kyoto


It is a beautiful temple with gorgeous zen gardens. It used to be one of our favourite's zen temple in Kyoto, but it is often too crowded, because of its easy access location in the city. So if you go for a visit, do it in the morning when it opens. In September 2020 I wanted to make a video interview about meditation with the temple zen master but he refused on the ground that people from the West do not understand what is meditation. I do not share at all this understanding. It does not matter from where people come from to know what is meditation.

Kennin-ji (建仁寺) is a historic Zen Buddhist temple in Higashiyama, Kyoto, Japan, near Gion, at the end of Hanami Lane. It is considered to be one of the so-called Kyoto Gozan or "five most important Zen temples of Kyoto".
Kennin-ji was founded in 1202 CE and claims to be the oldest Zen temple in Kyoto.
The monk Eisai, credited with introducing Zen to Japan, served as Kennin-ji's founding abbot and is buried on the temple grounds. For its first years the temple combined Zen, Tendai, and Shingon practices, but it became a purely Zen institution under the eleventh abbot, Lanxi Daolong (蘭渓道隆, Rankei Dōryū) (1213–1278).
The Zen master Dōgen, later founder of the Japanese Sōtō sect, trained at Kennin-ji. It is one of the Rinzai sect's headquarter temples.
When first built, the temple contained seven principal buildings. It has suffered from fires through the centuries, and was rebuilt in the mid-thirteenth century by Zen master Enni, and again in the sixteenth century with donations of buildings from nearby temples Ankoku-ji and Tōfuku-ji.
Today Kennin-ji's buildings include the Abbot's Quarters (Hōjō), given by Ankoku-ji in 1599; the Dharma Hall (Hatto), built in 1765; a tea house built in 1587 to designs by tea master Sen no Rikyū for Toyotomi Hideyoshi; and the Imperial Messenger Gate (Chokushimon), said to date from the Kamakura period, and still showing marks from arrows. It also has 14 subtemples on the Kennin-ji precincts and about 70 associated temples throughout Japan.
In 2002, the architectural setting was enhanced by a dramatic ceiling painting of two dragons by Koizumi Junsaku (1924–2012). The piece was first painted in the sport hall of a former Elementary school. This bold artwork was installed to commemorate the temple's 800th anniversary. The dragon symbolises the rain of Buddhist teachings. The Shōkoku-ji in Kyoto also features a dragon on the ceiling of its main hall.

Source Wikipedia for the above details. 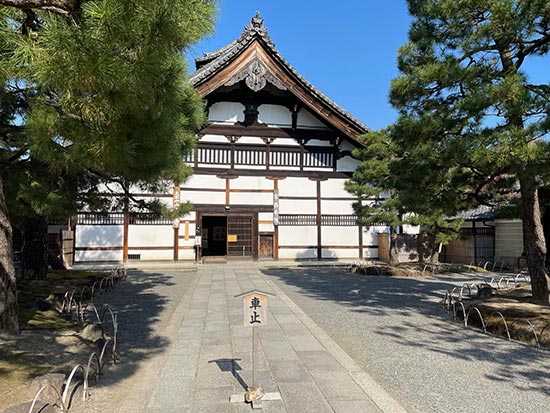 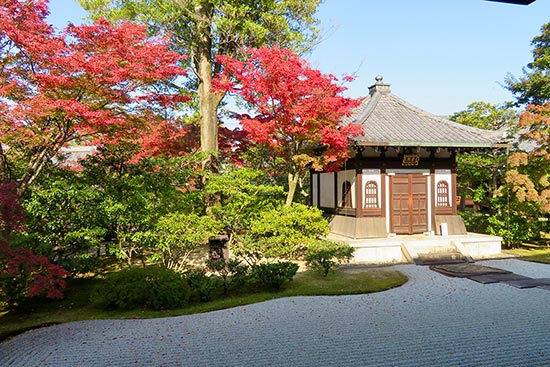 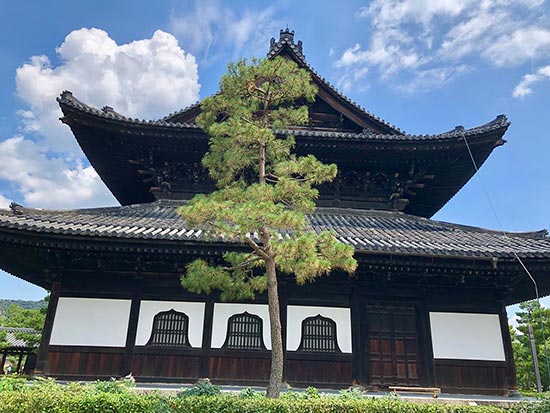 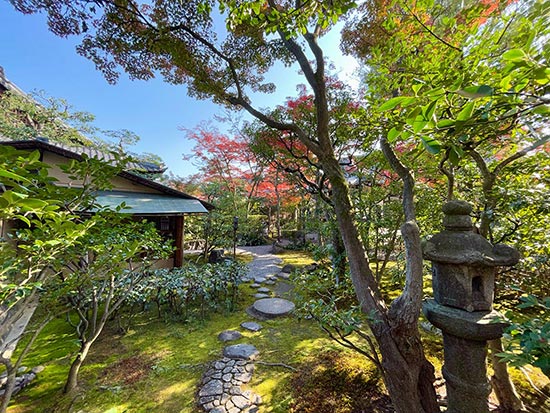 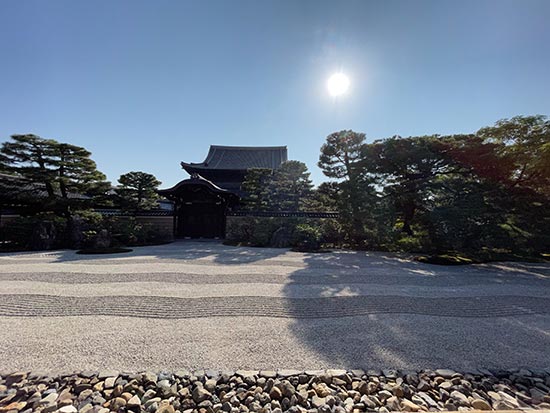 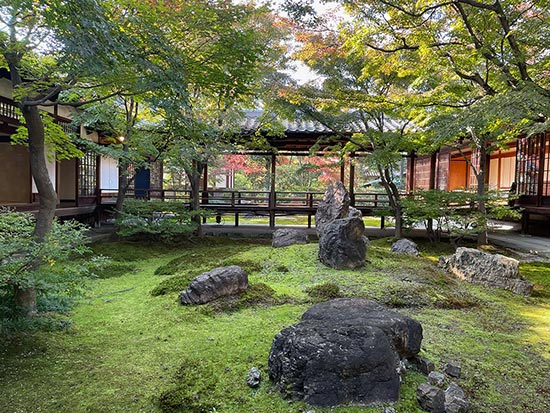 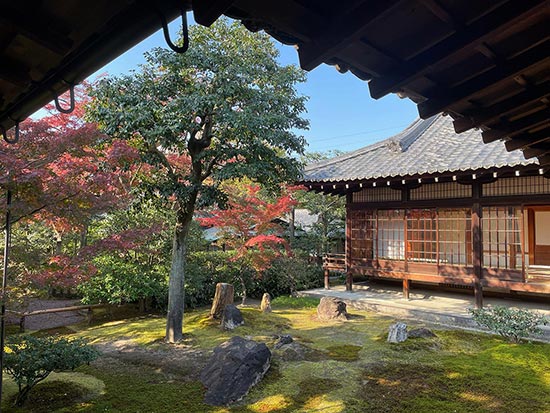 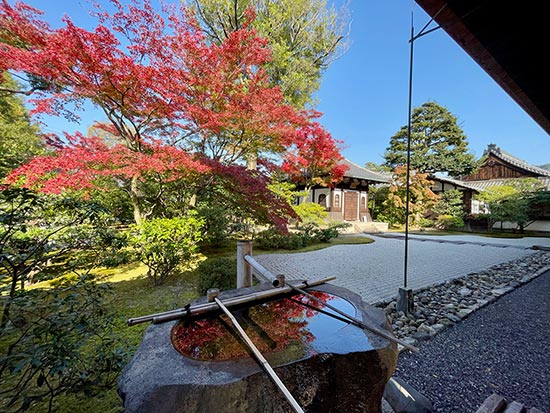