On April 7th 2021, after a good lunch in an Italian restaurant near Nijo, we took a taxi to go to the Imperial Palace which is surrounded by a huge park.
It felt like the central park of Kyoto. To enter into the compound of the Imperial Palace, access is free. Once inside, there is a visitor's center where you can drop your bag in a free locker. It is quite big and there is also a free audio guide app if you wish. We went with no audio guide, the route is always well indicated. A lot of staff are positioned here and there to help you if needed.
The park around the Imperial Palace is immense, full of trees, there are wide pathways and smaller ones among the trees, so it is very nice to walk around. There are also kids playground for families. It felt really good in this park. There are 3 other smaller palaces within the park to visit, so we will come back.

From the pamphlet given to visitors
The Kyoto Imperial Palace (Kyoto Gosho) was the residence of the Japanese emperors until 1869, when the capital was moved to Tokyo during the Meiji Restoration. The history of the Kyoto Imperial Palace can be traced back to the late 8th century, when the Emperor Kanmu moved the capital from Heijo-kyo (Nara) to Nagaoka-kyo in 784, and then to Heian-kyo (Kyoto) in 794.
The boundaries of the ancient capital city of Heian-kyo formed a rectangle measuring 5.2 km from north to south and 4.5 km from east to west. The emperor's residential inner palace (dairi) was located inside the greater palace (daidari), a large, walled complex that included the ceremonial buildings, government offices and the inner palace. When the inner palace was damaged or destroyed by fire, the mansions of the aristocracy would provide temporary accommodation for the emperor, as a temporary Imperial Palace (sato-dairi).
The site of the present Kyoto Imperial Palace was originally one of these temporary residences, called Tsuchimikado Higashinotoin-dono. This site has served as the permanent Imperial Palace for over 500 years, since Emperor Kogon was enthroned here in 1331, until the capital moved to Tokyo in 1869. During those 500 years, the palace was plagued by fire and was reconstructed in 1855. This palace was not only home to Emperor Komei (1831-1867) and his successor, Meiji, but also the stage for such important historical events during the Meiji Restoration.
The present Kyoto Imperial Palace is a rectangle measuring 450m from north to south and 250m from east to west, surrounded by an earthen wall, covering an area of 11 hectares. 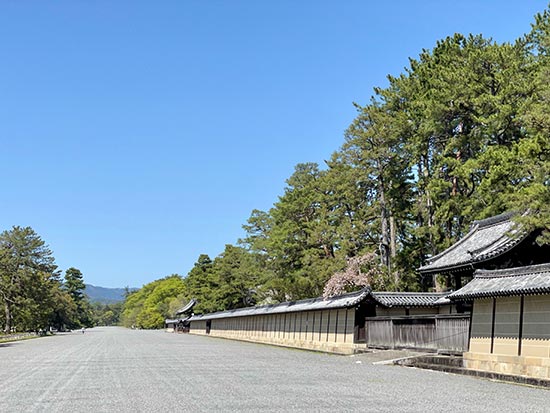 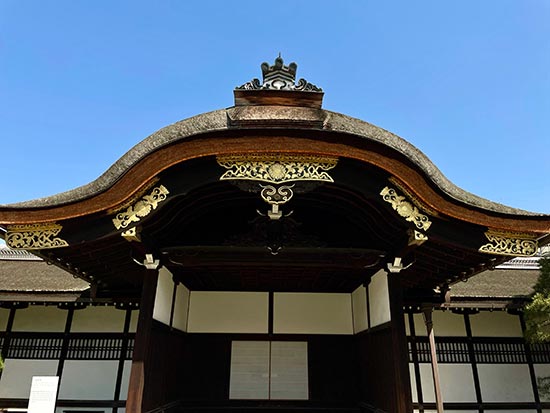 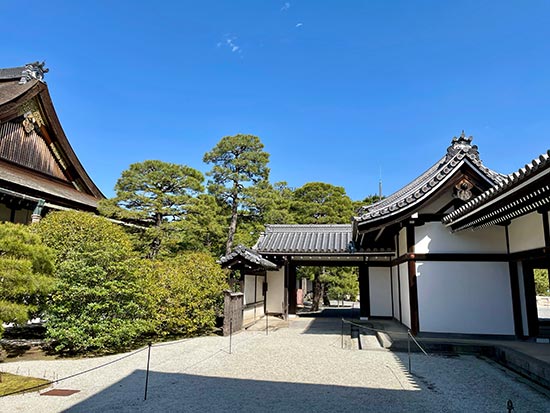 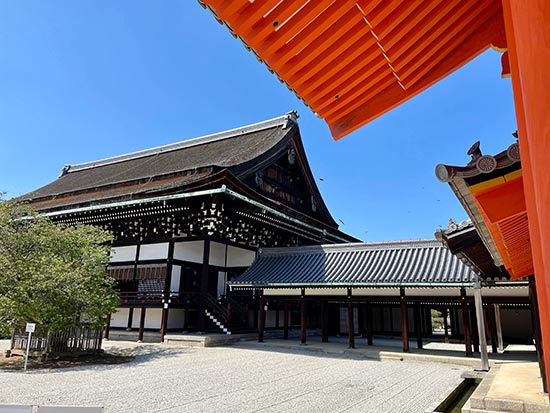 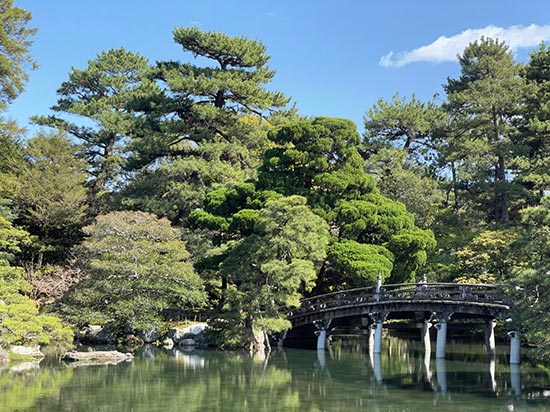 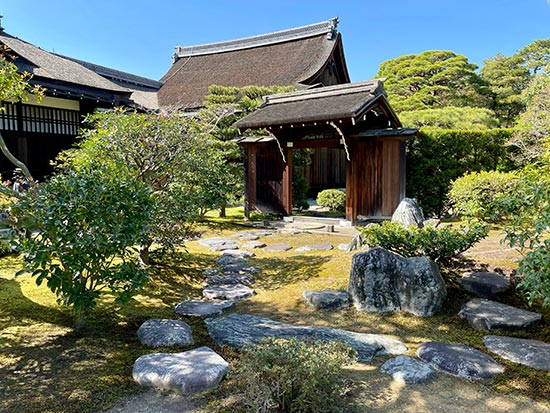 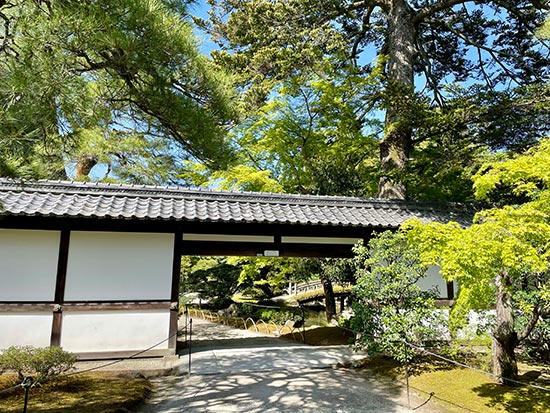 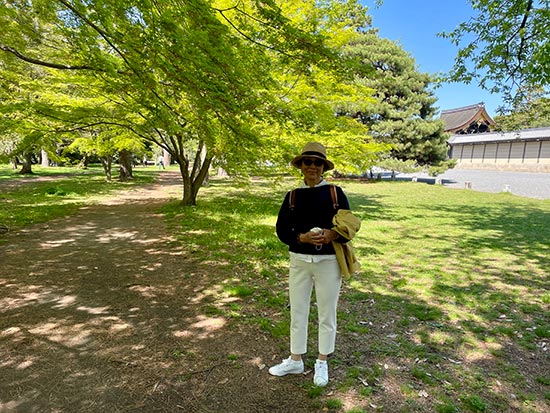