The Thousand Gates of Fushimi-Inari


We visited Fushimi-Inari in September 2018. It was a hot day and there were so many people and though we did not walk all the way up.

Fushimi Inari-taisha (伏見稲荷大社) is the head shrine of the kami Inari, located in Fushimi-ku, Kyoto, Kyoto Prefecture, Japan. The shrine sits at the base of a mountain also named Inari which is 233 metres (764 ft) above sea level, and includes trails up the mountain to many smaller shrines which span 4 kilometres (2.5 mi) and take approximately 2 hours to walk up.
Inari was originally and remains primarily the kami of rice and agriculture, but merchants and manufacturers also worship Inari as the patron of business. Each of Fushimi Inari-taisha's roughly thousand torii was donated by a Japanese business.
Source Wikipedia
Senbon Torii
The highlight of the shrine is the rows of torii gates, known as Senbon Torii. The custom to donate a torii began spreading from the Edo period (1603 – 1868) to have a wish come true or in gratitude for a wish that came true. Along the main path there are around 1,000 torii gates.

See also our article on Fushimi-Inari in September 2020 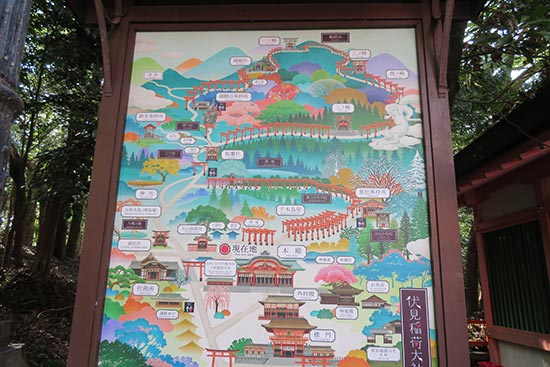 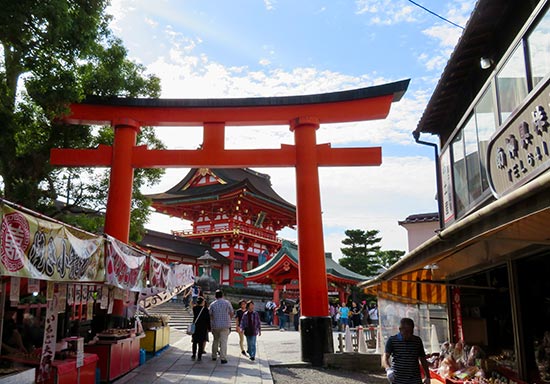 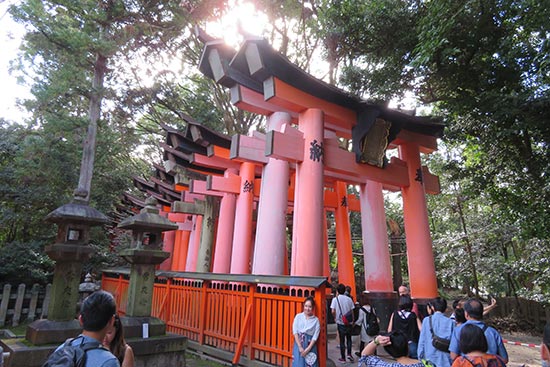 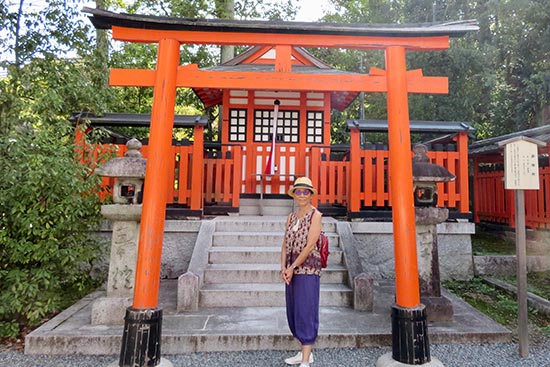