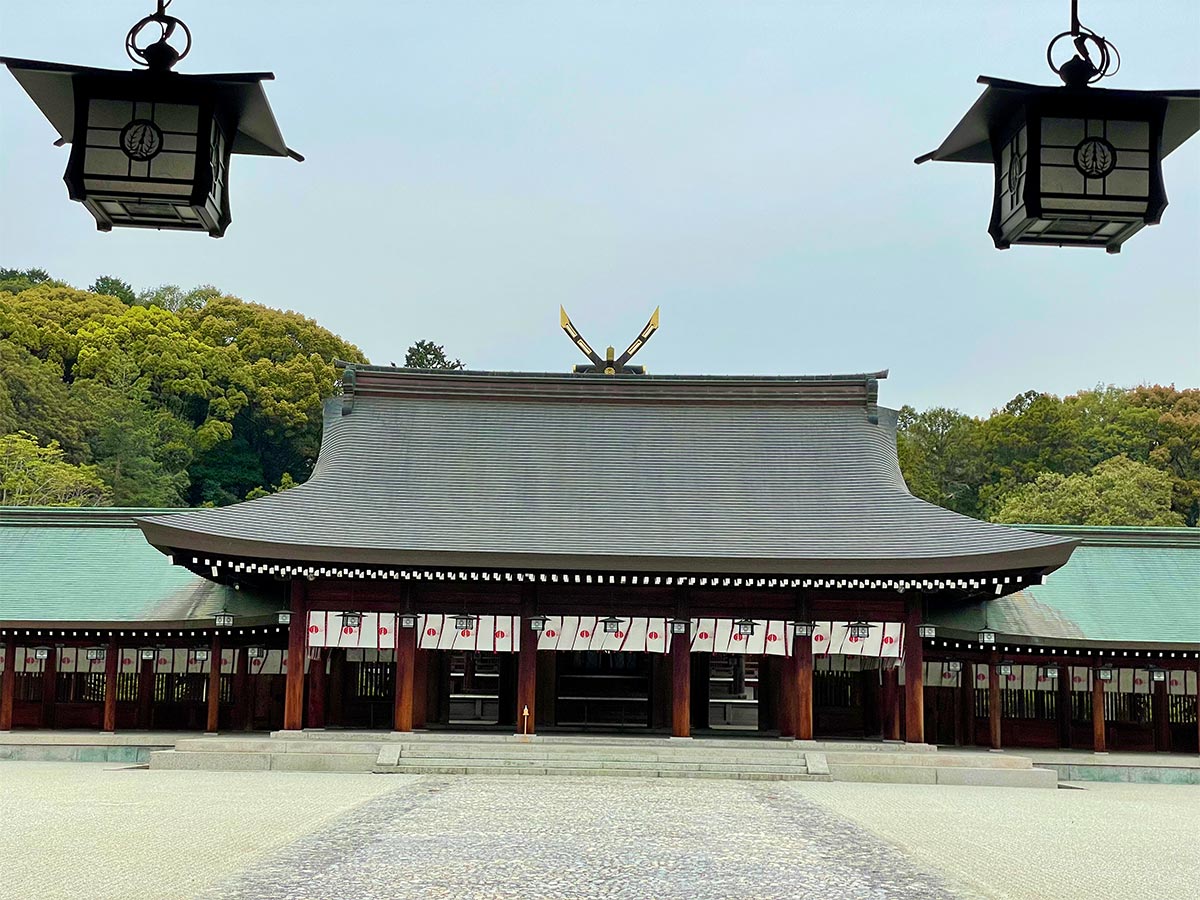 April 11th 2022
We had a very good lunch in an Italian restaurant (Oasi) in Masuga (Nara province). The chef is Japanese and we know him from Tuscany, he spent many years in Italy to learn Italian cooking and he became a very famous chef of Italian food in Japan. It was very nice to meet again and it was a good surprise for him to see us in Japan.
After this good lunch we went to visit Kashihara Jingu. It is a very big place surrounded by nature. It has also a small lake.

Some official notes about this place:
On the site where Japan’s first Emperor Jimmu ascended the throne, Kashihara Jingu Shrine and its surrounds played a key part in Japanese history. It was built in the Meiji period as the samurai class lost its power and the rule of the Imperial Family was being reinforced. Beautiful all year, the shrine holds major festivals in spring and autumn. The buildings around the inner courtyard are connected by beautiful wooden cloisters.

from Wikipedia:
The Kashihara Shrine is a Shinto shrine located in the city of Kashihara, Nara Prefecture, Japan. The Shrine was built in 2 April 1890 at the site of the Kashihara-gū, where Japan's first Emperor, Emperor Jimmu, is said to have acceded to the throne on 11 February 660 BCE. 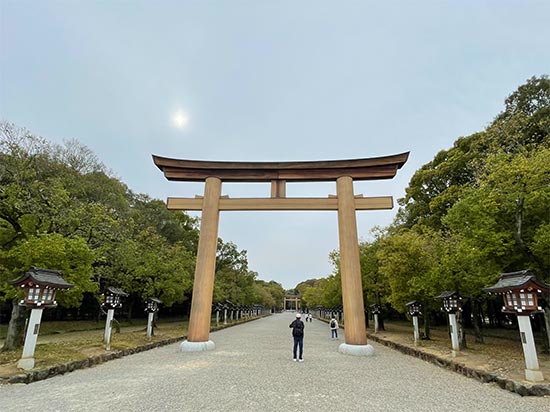 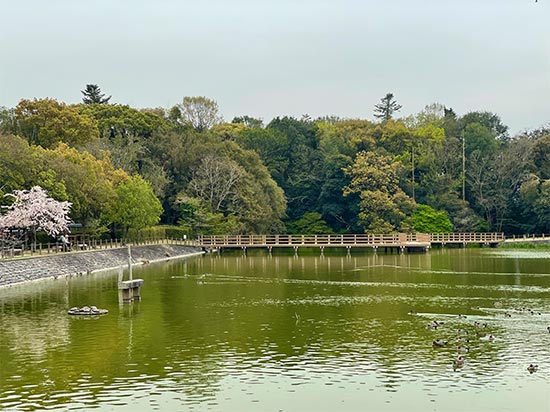 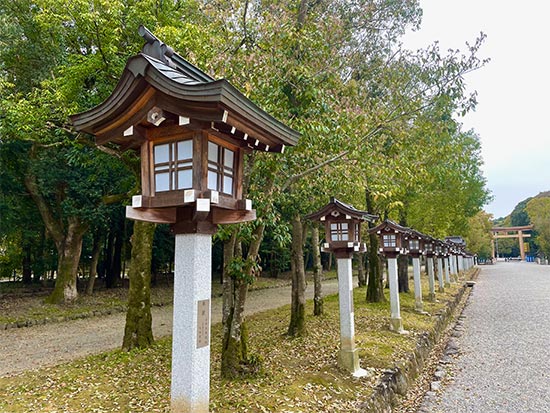 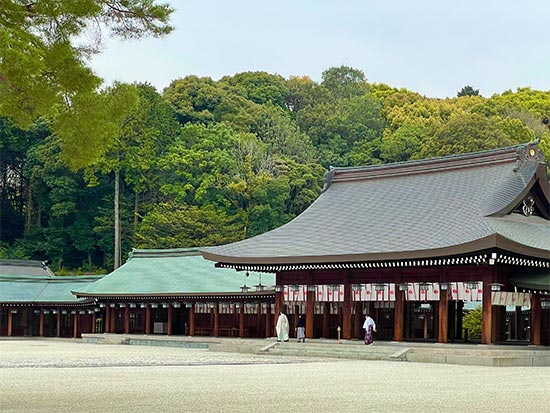 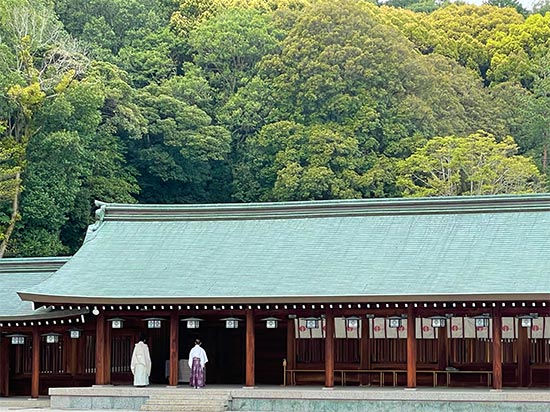 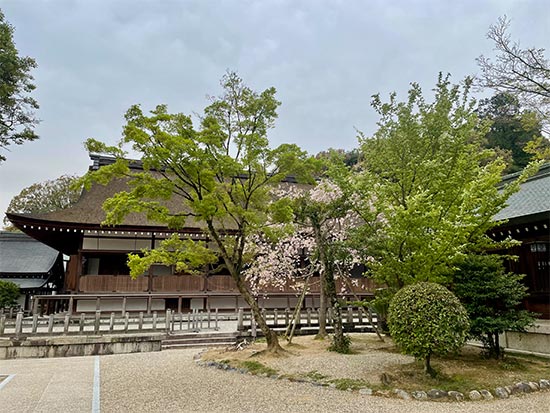 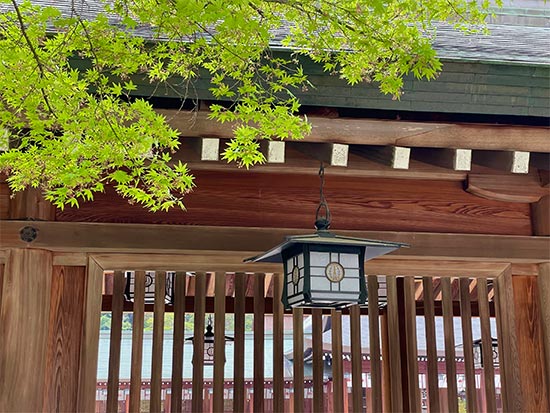 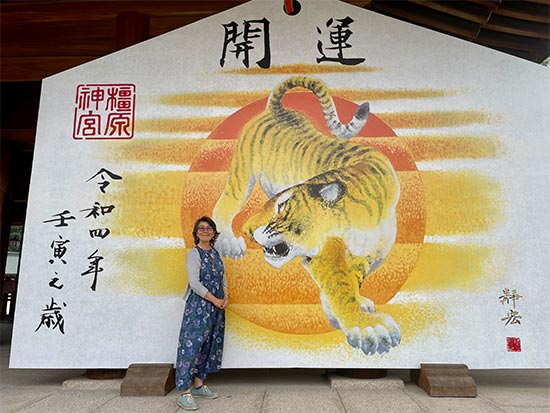 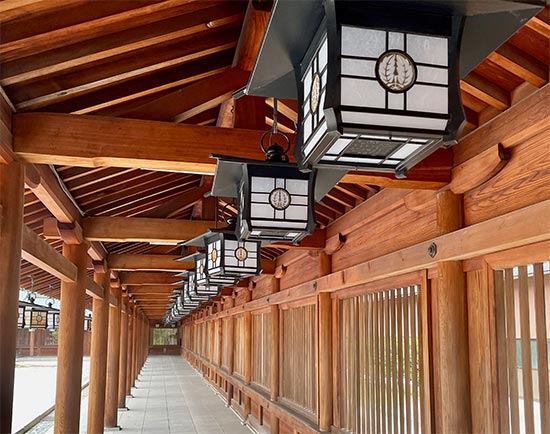