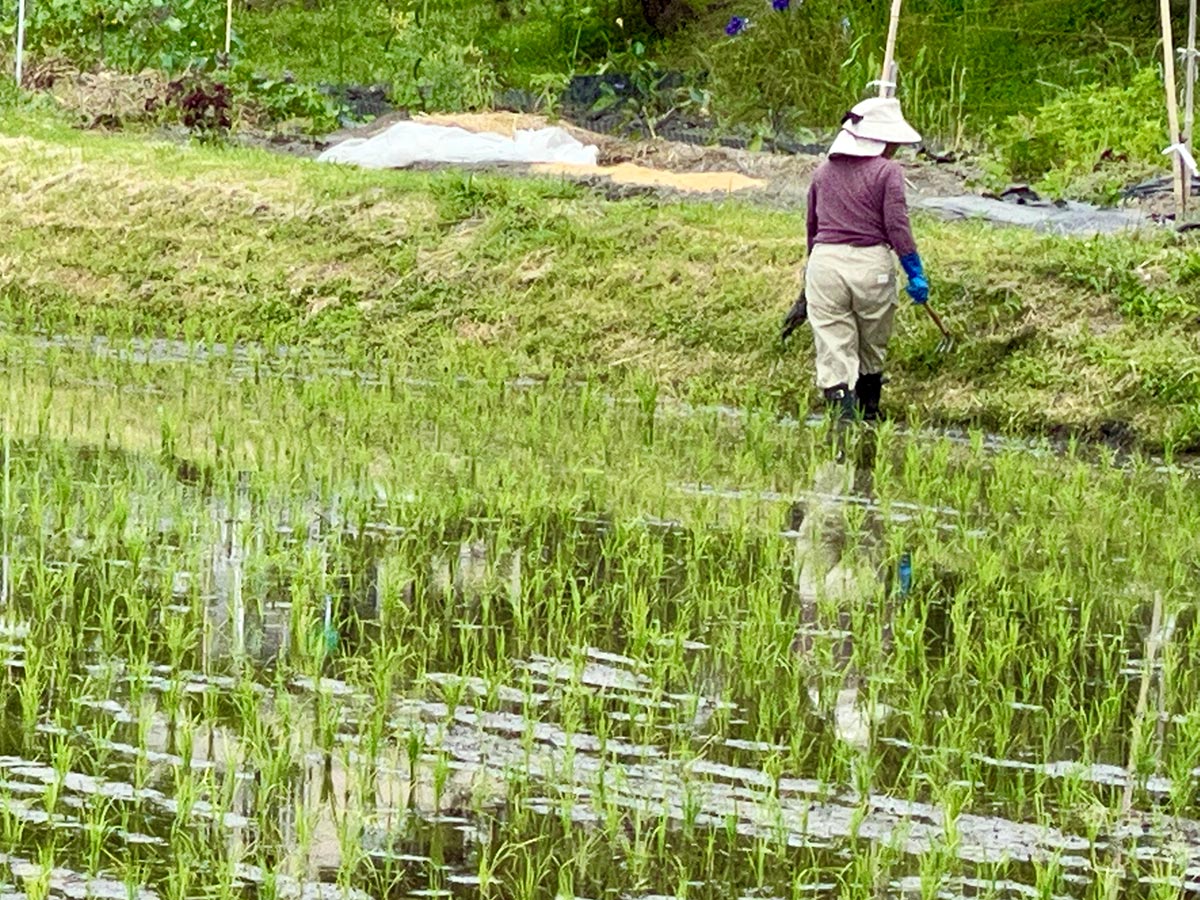 Like in Tuscany, Italy, where many people have a field with olive trees to provide for their olive oil consumption, in Japan many people have a small plot to grow rice. You can find them everywhere, many are located along small rivers or canals where there is water needed for the rice crops. At the beginning of June, many small fields are covered with rice seedlings.

Source Wikipedia
Rice is the seed of the grass species Oryza sativa (Asian rice) or less commonly Oryza glaberrima (African rice).
As a cereal grain, domesticated rice is the most widely consumed staple food for over half of the world's human population, especially in Asia and Africa. It is the agricultural commodity with the third-highest worldwide production (rice, 741.5 million metric tons (817.4 million short tons) in 2014), after sugarcane (1.9 billion metric tons (2.1 billion short tons)) and maize (1.0 billion metric tons (1.1 billion short tons)). Since sizable portions of sugarcane and maize crops are used for purposes other than human consumption, rice is the most important food crop with regard to human nutrition and caloric intake, providing more than one-fifth of the calories consumed worldwide by humans. There are many varieties of rice and culinary preferences tend to vary regionally.
The traditional method for cultivating rice is flooding the fields while, or after, setting the young seedlings. This simple method requires sound irrigation planning but reduces the growth of less robust weed and pest plants that have no submerged growth state, and deters vermin. While flooding is not mandatory for the cultivation of rice, all other methods of irrigation require higher effort in weed and pest control during growth periods and a different approach for fertilizing the soil.
Rice, a monocot, is normally grown as an annual plant, although in tropical areas it can survive as a perennial and can produce a ratoon crop for up to 30 years. Rice cultivation is well-suited to countries and regions with low labor costs and high rainfall, as it is labor-intensive to cultivate and requires ample water. However, rice can be grown practically anywhere, even on a steep hill or mountain area with the use of water-controlling terrace systems. Although its parent species are native to Asia and certain parts of Africa, centuries of trade and exportation have made it commonplace in many cultures worldwide. 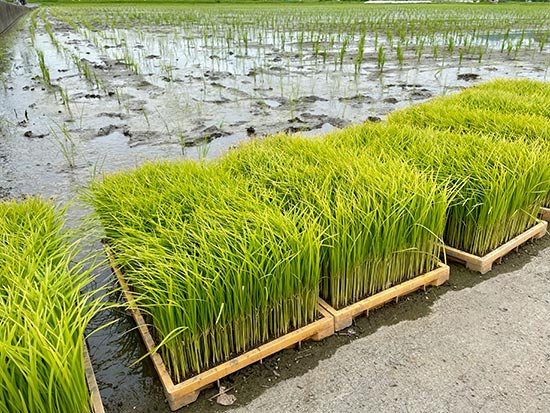 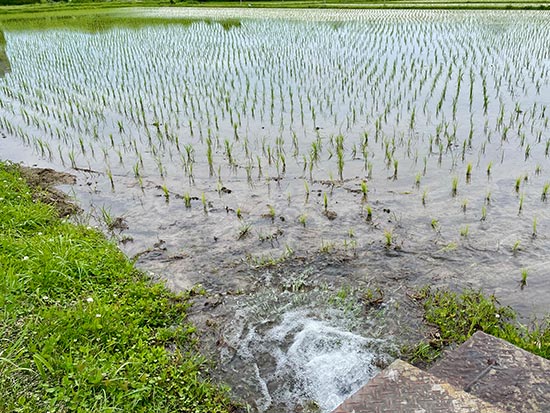 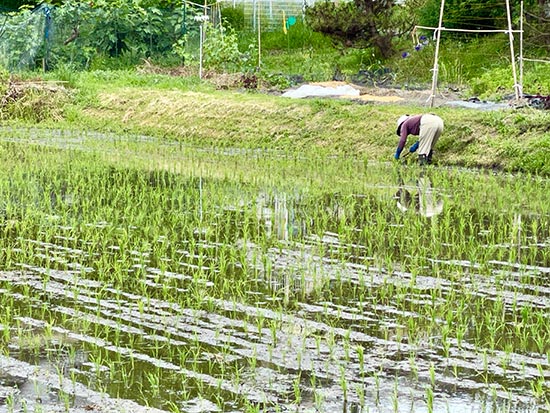 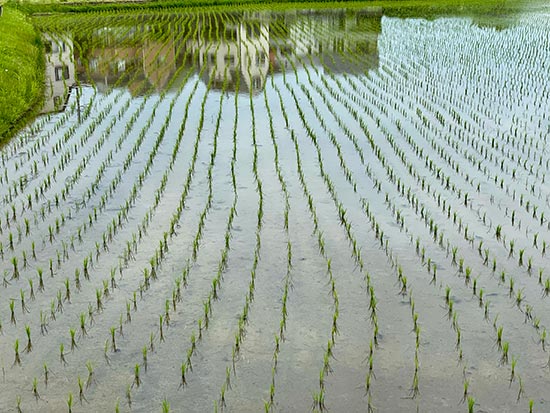