The Philosopher's Path in Kyoto 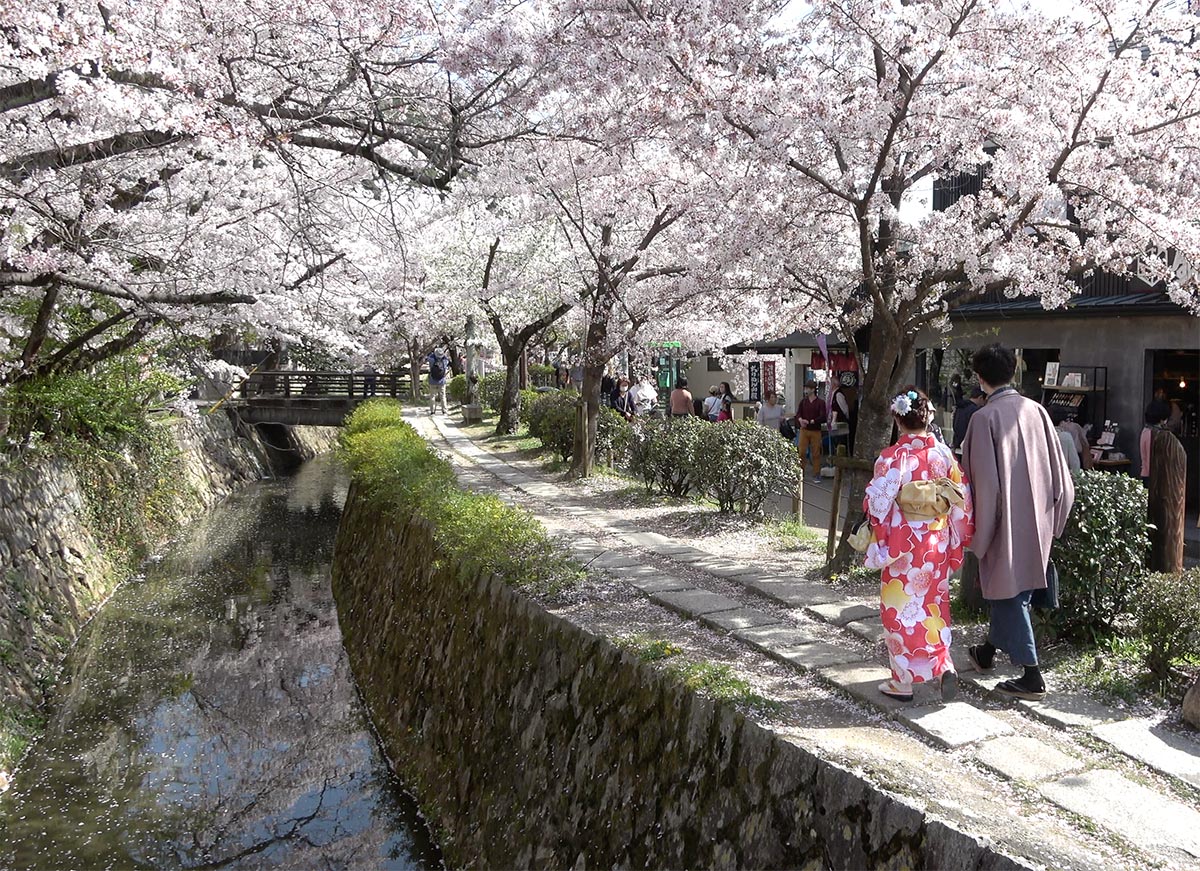 The Philosopher's Path runs between Ginkakuji and the neighborhood of Nanzenji, a 5-10 minute walk north of Nanzenji's main temple buildings.

We went on April 1st 2021 on a sunny and warm day. We loved it, there was people but not the usual crowd when tourists are allowed in Japan. It is a touristic landmark of the northeast of Kyoto, and normally it sees a lot of people coming to walk its trail. Visits peak during cherry blossoms, at the beginning of spring, since the canal which borders the path is lined with hundreds of sakura trees.
The name of the walk dates back to the early twentieth century. The famous zen philosopher Nishida Kitaro (1870-1945) walked it during his daily meditation to reach Kyoto University, where he founded the philosophical school. It is approximately two kilometers long.
It is customary to say that this two kilometers path joins Ginkaku-ji (Silver Pavilion) and Eikan-do Zenrin-ji temples, but other points of interest are accessible like Nanzen-ji, Honen-in temple or Mt. Daimon-ji.
Restaurants, cafes, and boutiques can be found along the path, as well as a number of smaller temples and shrines which are a short walk from the path.
Walking the Philosopher's path in the early morning gives it a more zen atmosphere.

The canal, that the path follows, is part of the Lake Biwa Canal which tunnels 20 kilometers through the mountains to Lake Biwa in nearby Shiga Prefecture. The canal was built during the Meiji Period in order to revitalize the stagnating local economy, and was used to power Japan's first hydroelectric power plant. A beautiful aqueduct, which is part of the canal, can be seen around Nanzenji.

Look at the video about our walk down the philosopher's path in Kyoto. 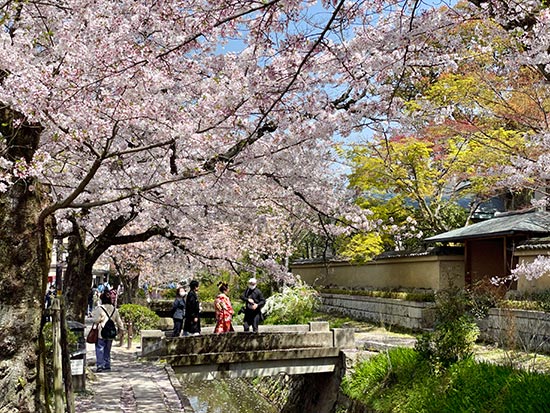 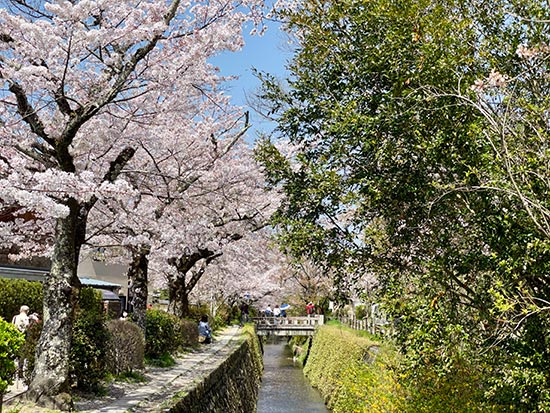 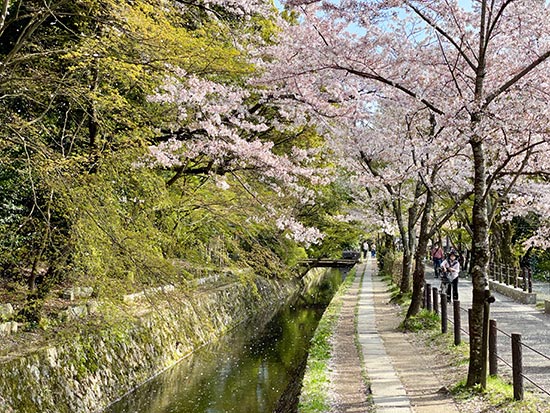 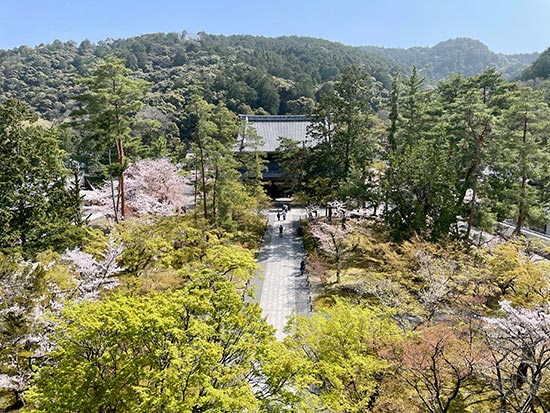 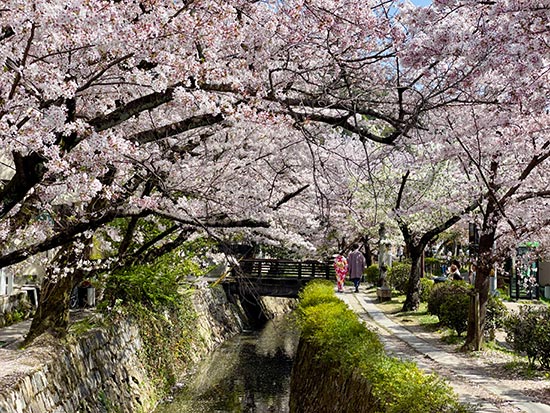 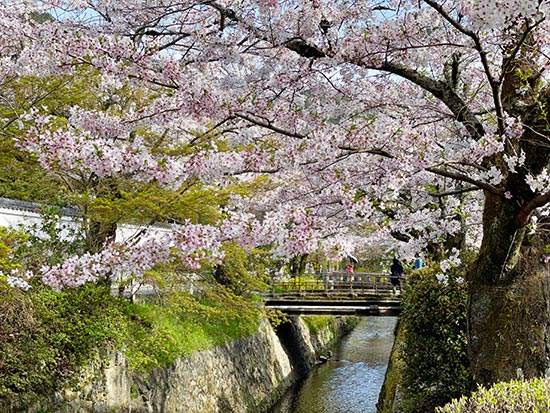 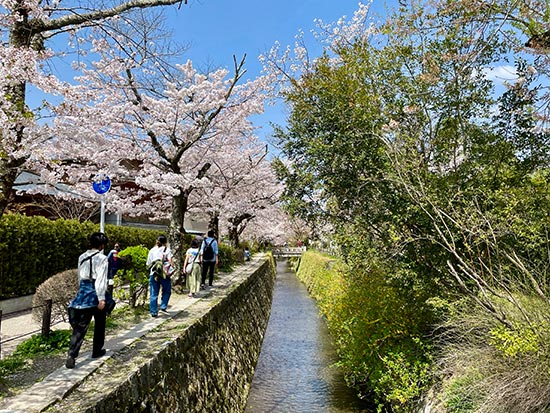 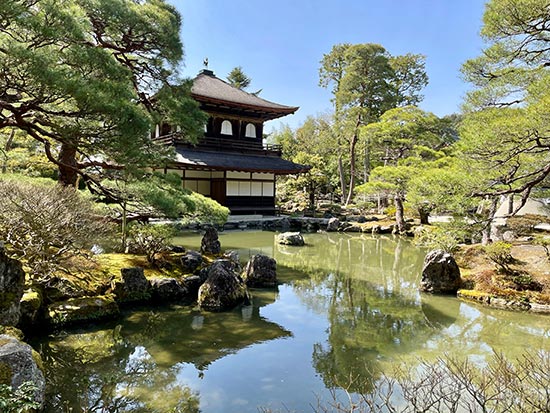