Nijo-jo Castle in Kyoto.
During our visit, the central part was totally not visible because under restoration, we just filmed what we could while walking around.
It was not permitted to film within the palace which served as the Kyoto residence of the Shogun when he visited the Imperial Capital.
Filmed on April 2nd 2021.

Nijō Castle (二条城, Nijō-jō) is a flatland castle in Kyoto, Japan. The castle consists of two concentric rings (Kuruwa) of fortifications, the Ninomaru Palace, the ruins of the Honmaru Palace, various support buildings and several gardens. The surface area of the castle is 275,000 square metres (27.5 ha; 68 acres), of which 8,000 square metres (86,000 sq ft) is occupied by buildings.
It is one of the seventeen Historic Monuments of Ancient Kyoto which have been designated by UNESCO as a World Heritage Site.
The castle area has several gardens and groves of cherry and Japanese plum trees. The Ninomaru garden was designed by the landscape architect and tea master Kobori Enshū. It is located between the two main rings of fortifications, next to the palace of the same name. The garden has a large pond with three islands and features numerous carefully placed stones and topiary pine trees.
The Seiryū-en garden is the most recent part of Nijō Castle. It was constructed in 1965 in the northern part of the complex, as a facility for the reception of official guests of Kyoto and as a venue for cultural events. Seiryū-en has two tea houses and more than 1,000 carefully arranged stones.
Source Wikipedia 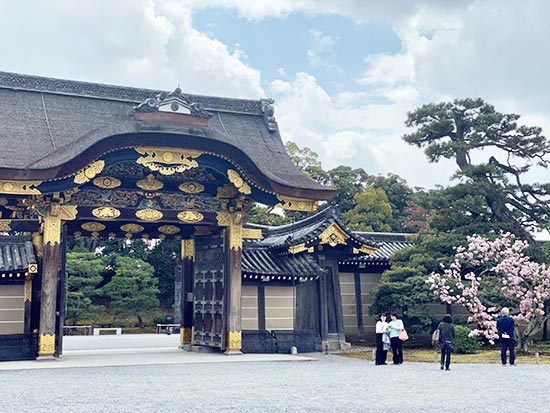 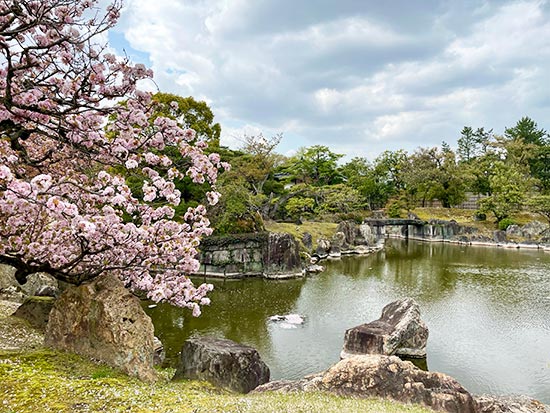 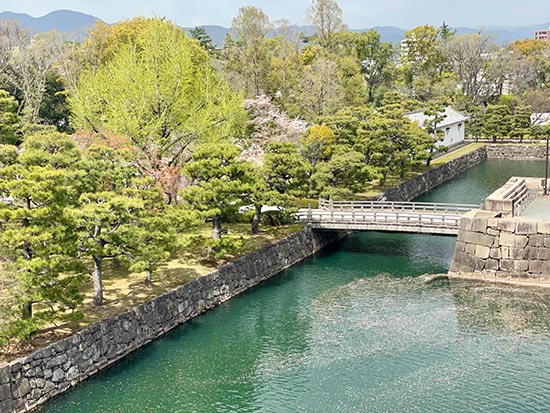 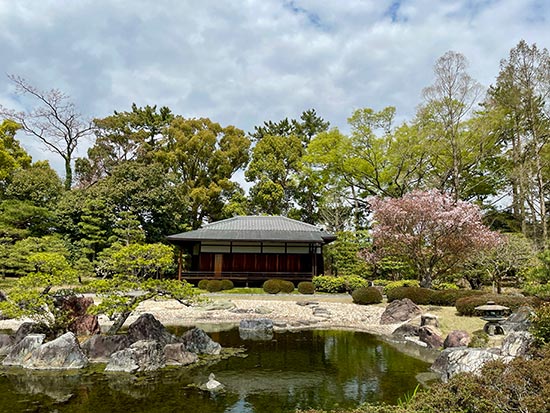